With this week marking a year since the Taliban regained control of Afghanistan, football star Nadia Nadim is coming to terms with a “weird feeling.”

The anniversary comes weeks after a landmark period for women’s football: the European Championships attracted record-breaking crowds in England just weeks ago, potentially inspiring a generation of girls and boys to take up the sport.

Yet in Afghanistan, where Nadim was born and raised until the age of 11, the contrast is stark and women continue to be marginalized.

“In an event like the Euros, you are fighting for equality, seeing these amazing athletes, women athletes performing at the highest level and given respect,” explains Nadim, “and then on the other hand, I feel like what’s happening in Afghanistan where women are not even allowed to go to school or attend work – it’s so weird and it’s so hard to understand.”

After a year of governing in Afghanistan, the Taliban has yet to be recognized by a single country in the world, with international funding still largely frozen.

One of the main issues for Western countries has been the new government’s attitude towards minorities and women, including a de facto ban on secondary education for girls, while repeated promises from the Taliban to allow girls to return to school have yet to be honored.

Alongside her mother and four sisters, Nadim fled Afghanistan over two decades ago after her father was murdered by the Taliban.

They eventually settled in Denmark, and the 34-year-old Nadim, who currently plays club football for Racing Louisville in the United States, has been representing the Danish national team since 2009.

But in between her life as a football player and qualified reconstructive surgeon – she completed her medical degree earlier this year – Afghanistan is never far from her thoughts.

“It’s been a year and people are really acknowledging that this is the reality and this is going to be the next five, 10 years.

“It feels like a phase where you don’t know what tomorrow’s going to bring and you’re waiting for something to happen, but no one really knows what that is.”

When the Taliban seized power last year, players for the women’s national football team in Afghanistan managed to escape the capital of Kabul and have since settled in Australia.

There, the players have been provided with the necessary facilities and coaching access to continue their development as footballers at Melbourne Victory FC, although the club has stressed that the program is principally humanitarian for now.

‘We had a great life’: Soccer player remembers life before the Taliban

“I always feel there’s hope, there’s always a light, and this is something that I will never lose,” she adds.

“For me, it might look very, very difficult right now. But I hope for a better future. I hope that the girls in Afghanistan at a certain point are going to be allowed to have the same rights as anywhere else.

“I hope that you will have football players attending the World Cup and being able to celebrate big, goal-scoring moments. This is what I hope for the future.”

Off the pitch, she hopes to use the sport as a vehicle to inspire change and is currently participating as a member of Team Century – a partnership between Hyundai and charitable movement Common Goal intended to accelerate football’s climate action plan.

Nadim made her 100th appearance for Denmark earlier this year, shortly before taking to the field at Euro 2022. And while Denmark failed to progress past the group stages following defeats against Spain and Germany, she could reflect on the broader success for the women’s game over the course of the tournament.

“Usually when you play, the host nation gets a lot of attention and their games are sold out,” says Nadim. “But I think this time even group stages with other teams you had sold out stadiums, which was an amazing experience.

“Being a part of that and feeling that vibe that women’s football had created in England, it was pretty amazing; I really hope that this is going to spread out and continue.” 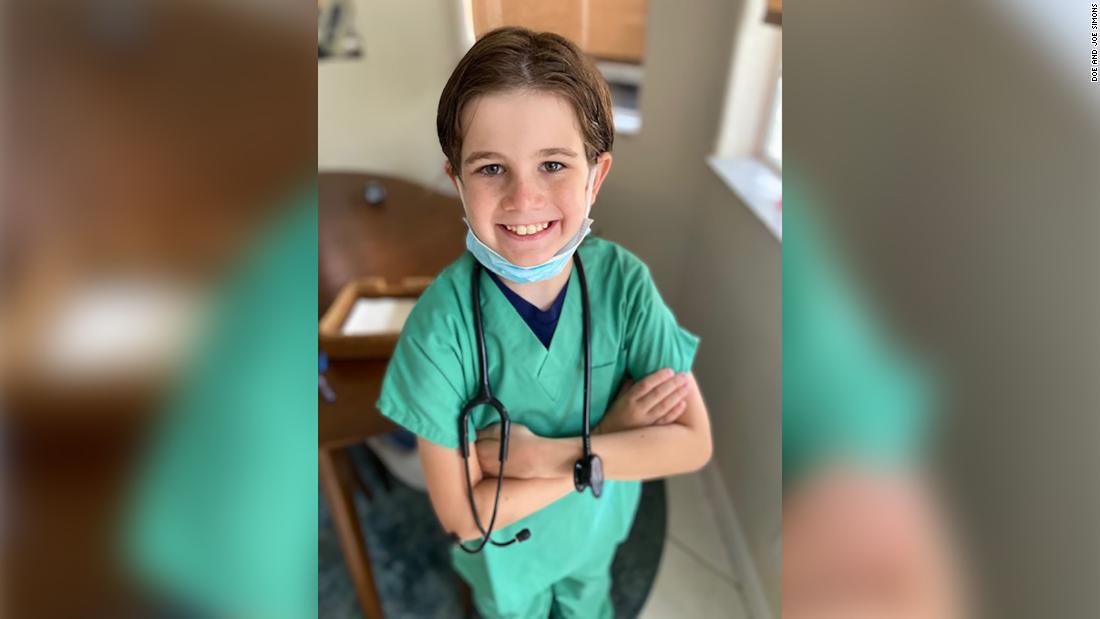 This 10-year-old boy asked Santa last year for a cure for Covid-19. This year he has a new request