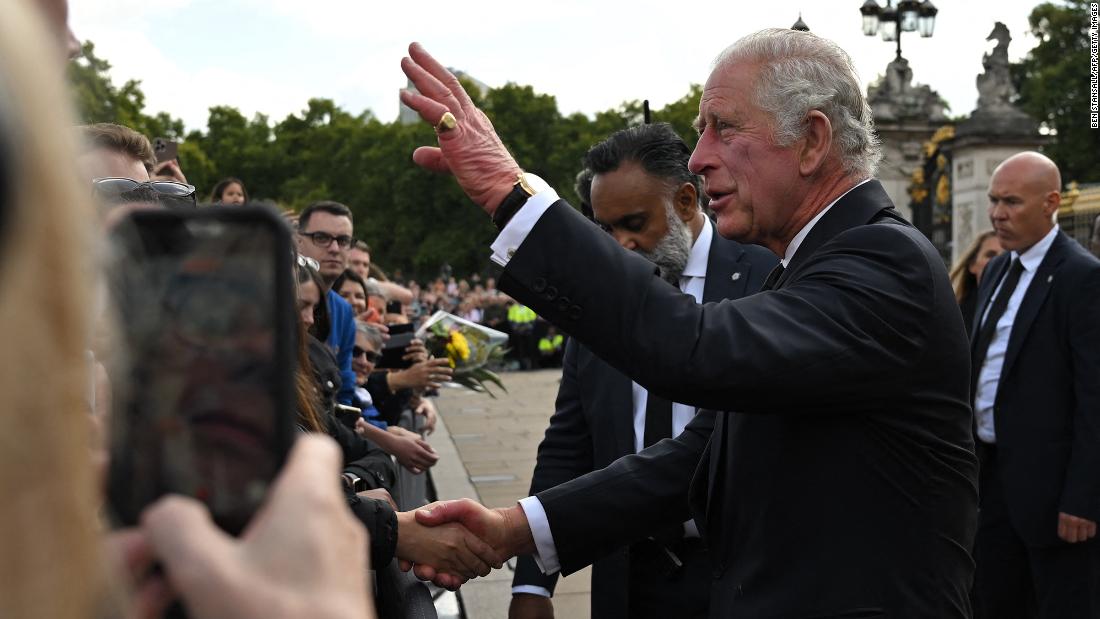 Despite losing his mother Queen Elizabeth II the day before, the King leapt into his new duties; he personally greeted many dozens of members of the public, held an audience with the Prime Minister, and delivered a televised address to the nation.

The longest-serving heir apparent in British history, Charles was heard telling Prime Minister Liz Truss on Friday that the death of his mother was the moment he had been “dreading.”

Wearing a black suit and a black tie, Charles said Queen Elizabeth “made sacrifices for duty, dedication and devotion.”

“I pay tribute to my Mother’s memory and I honor her life of service,” the King said. “I know that her death brings great sadness to so many of you and I share that sense of loss, beyond measure, with you all,” he added.

Sitting behind a desk, with a picture of his mother displayed prominently to his left, Charles promised he would continue in her footsteps and serve his people.

He gave the speech from the blue drawing room at room at the Buckingham Palace, the same room the Queen Elizabeth used to record some of her many annual Christmas messages over the years. In a nod to her famous love of dogs, a vase on with images of three corgis was placed in the background.

“As the Queen herself did with such unswerving devotion, I too now solemnly pledge myself, throughout the remaining time God grants me, to uphold the Constitutional principles at the heart of our nation,” the King said.

“And wherever you may live in the United Kingdom, or in the Realms and territories across the world, and whatever may be your background or beliefs, I shall endeavor to serve you with loyalty, respect and love, as I have throughout my life,” he added.

Charles’ speech was pre-recorded at Buckingham Palace earlier in the day, after he arrived at the famous London residence from Balmoral Castle in Scotland.

Before filming the address, Charles and his wife Camilla, now the Queen Consort, took some time to greet members of public who came to the Buckingham Palace to pay their respect to Queen Elizabeth.

After shaking hands and accepting words of sympathy (as well as one kiss), the King spent some time viewing some of the floral tributes and cards left at the gates of the Palace.

When he walked inside the palace as King for the first time, the British flag, which was flying half-mast in mourning for the the Queen, was replaced with the Royal Standard, signifying the King was now in residence.

Shortly after that, he held his first in-person audience with Truss. British monarchs traditionally hold a weekly audience with Prime Ministers. In a historic moment on Friday, the audience was the first such meetings for both the King and the PM.

The Queen’s last public engagement had been the appointing of Truss on Tuesday. She held weekly meetings with all of the 15 Prime Ministers she appointed during her more than 70 years on the throne.

In his interactions with the members of public as well as in his speech, Charles revealed some emotion and took time to speak about his family, saying he would rely on them as he takes up the role he spent more than 70 years preparing for.

“I count on the loving help of my darling wife, Camilla,” Charles said during the speech, adding that “in recognition of her own loyal public service since our marriage 17 years ago, she becomes my Queen Consort.”

The King also made a significant announcement during his first address, naming his son William to be the Prince of Wales, the title he held before the Queen’s death on Thursday.

While William was expected to become the new Prince of Wales eventually, it wasn’t clear when Charles would decide to grant him the title, which is not automatic. Charles himself was made Prince of Wales in 1958, six years after he became heir apparent. An official investiture ceremony wasn’t held until 11 years later.

“With Catherine beside him, our new Prince and Princess of Wales will, I know, continue to inspire and lead our national conversations, helping to bring the marginal to the center ground where vital help can be given,” Charles said.

He also said he wanted to “express my love for Harry and Meghan as they continue to build their lives overseas.”

The fact that the new King took time to mention his younger son and his wife will be seen as significant, given their decision to step away from their royal roles in 2020.

He ended the speech on a personal note, with another message to the late Queen.

“To my darling mama, as you begin your last great journey, I want simply to say this: Thank you,” he said.

“Thank you for your love and devotion to our family and to the family of nations you have served so diligently all these years.”

To get updates on the British Royal Family sent to your inbox, sign up for CNN’s Royal News newsletter. 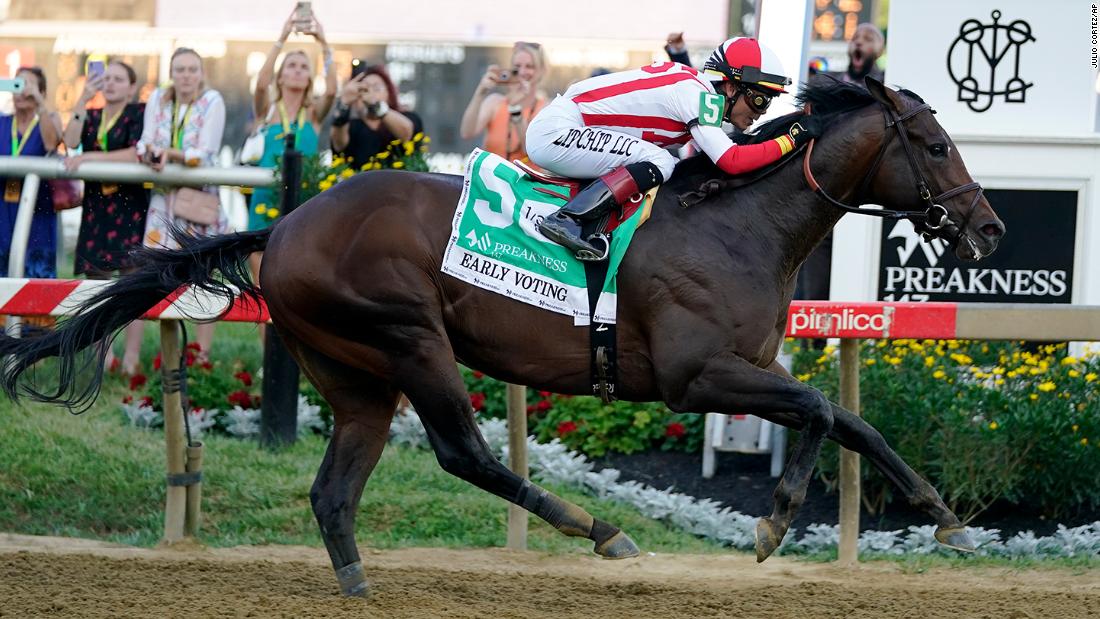 More than 200,000 without power in Northeast as damaging winds sweep through region