NFL free agent wide receiver Odell Beckham Jr. was removed from a Los Angeles-bound American Airlines flight Sunday morning at Miami International Airport after refusing to comply with safety protocol, according to a statement from the Miami-Dade Police Department.

Officers were notified of a medical emergency on an American Airlines flight around 9:30 a.m. Sunday. The flight crew grew concerned for a passenger – identified by police as Beckham – as they tried to wake him to fasten his seat belt, according to a statement from Miami police.

“He appeared to be coming in and out of consciousness, prior to their departure,” the police statement read. “Fearing that Mr. Beckham was seriously ill, and that his condition would worsen through the expected 5 hour flight, the attendants called for police and fire rescue.”

“American Airlines flight 1228, with service from Miami (MIA) to Los Angeles (LAX), returned to the gate before takeoff due to a customer failing to follow crew member instructions and refusing to fasten their seatbelt (sic). The customer was removed, and the flight re-departed at 10:54 a.m. local time,” American Airlines said in a statement obtained by CNN.

Daniel Davillier, Beckham’s attorney, released a statement saying his client boarded the flight that morning without any problems. The flight had been delayed and Beckham fell asleep with his blanket over his head – a normal practice of his during long flights, Davillier said.

“The overzealous flight attendant refused to simply allow Mr. Beckham to fasten his seatbelt and proceed with the flight and instead immediately removed everyone from the plane,” Davillier said. “At no time was Mr. Beckham disruptive or combative.”

“Sleeping on a plane should not be a cause for removal from a flight,” the attorney said. “If they could wake him up when the flight returned to the gate, then they could have done the same thing and woken him up to ask him to put on his seatbelt.”

No charges have been filed in the incident and after being escorted by officers to the terminal’s non-secure area Sunday morning, Beckham then “made other arrangements,” police say.

Beckham is currently a free agent as he continues to recover from surgery to repair a knee injury suffered in Super Bowl LVI as a member of the Los Angeles Rams in February. Beckham had a touchdown catch in the Rams’ winning effort over the Cincinnati Bengals in that game.

Beckham was spotted in Miami sitting courtside at the Miami Heat-Washington Wizards game Wednesday night, according to video posted on the NBA’s official Twitter account. 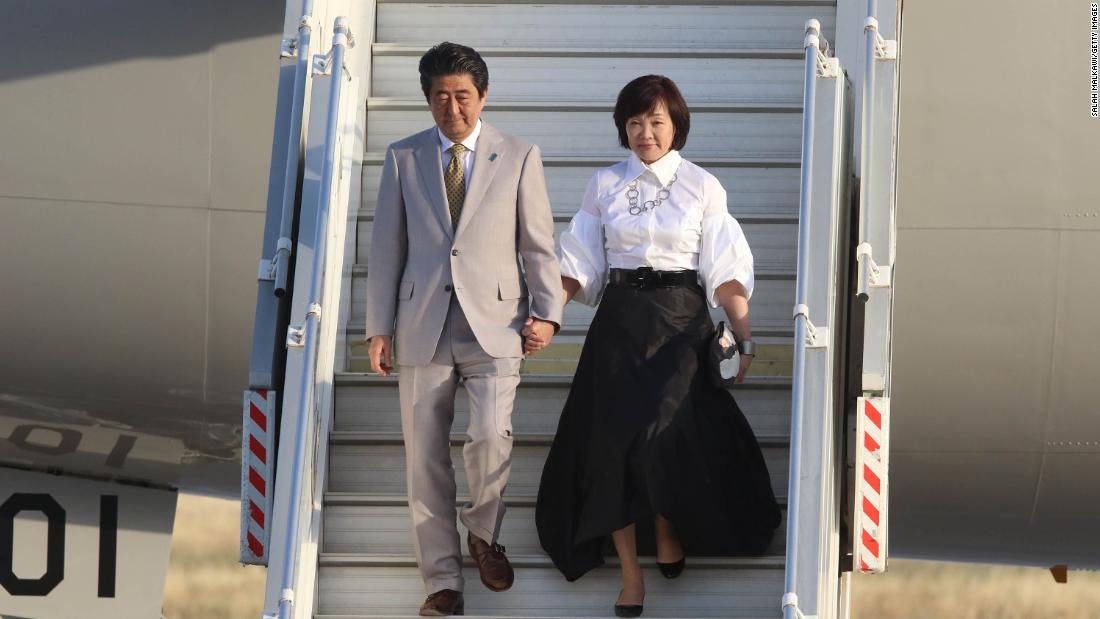 Who is Akie Abe? The widow of assassinated Japanese leader Shinzo Abe